This Is A Custom Widget

This Sliding Bar can be switched on or off in theme options, and can take any widget you throw at it or even fill it with your custom HTML Code. Its perfect for grabbing the attention of your viewers. Choose between 1, 2, 3 or 4 columns, set the background color, widget divider color, activate transparency, a top border or fully disable it on desktop and mobile.

This Is A Custom Widget

This Sliding Bar can be switched on or off in theme options, and can take any widget you throw at it or even fill it with your custom HTML Code. Its perfect for grabbing the attention of your viewers. Choose between 1, 2, 3 or 4 columns, set the background color, widget divider color, activate transparency, a top border or fully disable it on desktop and mobile.
Blogadmin2020-02-05T22:36:10+00:00 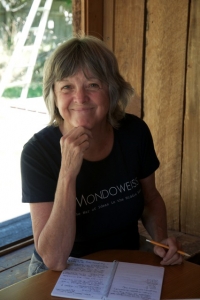 I’ve been concerned with peace and justice issues for as long as I can remember. Time and life have taught me that peace without justice is an illusion, and injustice impacts us all. As well, I have learned that conflict is always with us, and the idea (from Bernie Mayer) of conflict engagement is a much more useful concept that the myth of conflict resolution. I learned from Vern Neufeld Redekop about deep-rooted conflict, and from aboriginal communities about the necessity for and complexities of reconciliation processes in turning around systems of oppression. The learning never ends.

Working in my field has provided me countless examples of peoples’ capacity for growth and change, no matter how dire or entrenched the conflict. Learning something new, or perceiving in a different light, brings the possibility of loosening the relentless grip of an ongoing conflict. What holds us back is often our sense of powerlessness to effect positive change. This negativity applies to conflicts among our larger community of nations as well.

Where power is relatively equal, and responsibility for divisive conflict rests with both sides, mediative approaches are often useful. When one side holds disproportionate power and control over the other, and the weaker side is suffering continuing wrongs at the hands of the more powerful side, possibilities for a negotiated resolution are limited. The situation calls for more of a restorative justice approach, with the wrongdoer being held accountable, taking steps to address the harms, and working to restore justice and equality. Then negotiation processes have a chance. But people (and nations) don’t easily hold themselves accountable for wrongs they commit. It often takes pressure from outside to stand up for human rights, name the wrongs and demand accountability.

Those holding power may work extremely hard to keep the “third side” (William Ury’s term for those outside the immediate conflict) from taking a role, other than as a loyal ally, and from knowing what is truly going on. That can lead to a sense of disconnect and inertia on the part of outsiders. While people may feel badly for the oppressed group, even those with the best of intentions can be subject to “compassion fatigue” and become weary of even hearing about the seemingly never-ending conflict.

My husband, Michael, and I began our journey of trying to understand the larger dynamics at work in the Middle East after 9/11. Why would people from that part of the world inflict such violence on American civilians in New York? Our research led us to Israel-Palestine as a major contributing factor, and we decided to focus upon that region.

We learned that an enormous catastrophe occurred in 1948 when the UN developed its Partition Plan, which ultimately led to the creation of the State of Israel, without consulting the indigenous people of the area, the Palestinians. Approximately 750,000 Palestinians were displaced from their homes, lands, businesses, and farms in what they call the Nakba (“Catastrophe”) to make way for the Jewish settlers who moved in.

Palestinians have never been allowed to return and they have been resisting their dispossession ever since. The Jewish Israelis, who wanted desperately to live in peace and security, have found neither peace nor security.

Why does peace elude them? Why are Canada and the US among the few nations of the entire world who would deny the Palestinians statehood? Why does tiny Israel have the world’s 4th largest military, and why is it the world’s 3rd largest weapons exporter (tied with France)? Why did 2,300 people in Gaza and 70 in Israel have to die in the summer of 2014? How many more will it take?

Our study continues on a daily basis and we’ve found many excellent sources of accurate and current information. See Links to Resources- organizations and blogs for some of our guides. I wrote a series of articles as a kind of Israel-Palestine 101 in 2012-2013 for our local Island newsletter, which led to my journeying to that troubled area with a delegation from Interfaith Peace-Builders in 2014. (eyewitnesspalestine.org) See Israel-Palestine for my ongoing writing on the subject. We developed a slideshow/talk about my journey, which we have taken to groups in various communities. We continue seeking resources to inform/educate ourselves and others.. We explore Palestinian culture to humanize the people suffering from Israel’s cruel and ongoing occupation. See Links to Cultural Resources.

Not sure what you can do? See “What Can You Do” in the sidebar for some practical suggestions.

A Metaphor for Process: Culturally-sensitive ways of Dispute Resolution
2006

A few Facts about Israel-Palestine
January, 2015

What Jewish Voice for Peace Means to me as a Non-Jewish Ally
December, 2014

How Many Children Will We Sacrifice?
July, 2014

Reflections (on a Journey to Israel-Palestine)
June 2014

Israel-Palestine: Hard Conversations
A series of  650 word articles written for Hornby Island’s First Edition exploring one of the world’s most intractable conflicts from a Restorative Justice /Mediator perspective.

On Apology and Forgiveness
January, 2015

Most recent posts will follow this table of contents.

What Can You Do:

Educate yourself and ask questions.

Most mainstream media has a built-in pro-Israel bias. Don’t believe everything you read.

Learn from: Worldbeyondwar.org, Mondoweiss and Jewish Voice For Peace.

This startling agreement lays the foundation for the role Israel now plays in Canadian public security, ethnic profiling, prisons, border patrol and police training. It also articulates Canada’s role as a partner of Israel in all public safety issues in the occupied Palestinian territories, and is the basis for Canada’s “contribution” to the policing of Israel’s borders with Gaza and the West Bank, part of a $300 million, 5 year aid package in support of the “peace process”.

Learn about and participate in the BDS Movement (Boycott, Divest, Sanctions).
Click here